Showing posts from September, 2012
Show all

Hubble and Einstein credited for the discovery of ancient galaxies 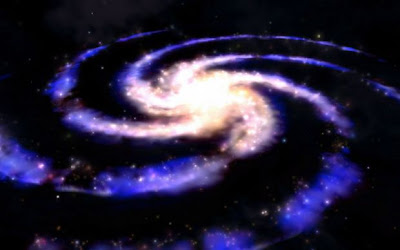 For the first time, Scientists were able to observe a distant galaxy which was formed in the early days of the Universe, just 500 million years after the Big Bang. The discovery was possible thanks to the Hubble Space Telescope and the general relativity theory of Albert Einstein.

The oldest picture of the universe have been acquired by scientists using electromagnetic noise left from the Big Bang, a kind of diffuse halo that can not be associated with any star, galaxy or other astronomical object.
This occurs in less than 400,000 years after the Big Bang, a period that can be compared to a fraction of a second, according to the age of the universe (13.7 billion years). No star existed at that time, only the hydrogen atoms that were just created. It took another billion years to have another detailed image, but the landscape was already radically changed: the Universe was containing galaxies that included billions of stars.
What has happened in the meantime?
Astronomers find it di…
Read more

How Planet Mars lost it's Atmosphere (via Nasa)

If we are to observe Mars today, there is no way humans can live there in normal conditions. But scientists believe that Mars was not always this way. We are talking about the possibility of water really existed on the surface. Enjoy the video, and don't forget to check us on Facebook
Read more
More posts